I went over my luggage again, and this time with a list. Traveling heavy is one of my weaknesses. I carry what I need, what I think I will need, and what I will not just in case the person I tag along needs.

This was not my first time going to Turkana. I somehow knew what to expect, so I was well prepared, from light clothes to mosquito repellent to sunscreen, a needle and a sewing thread to a pair of scissors, a torch and snacks in plenty to keep my blood sugar in check. I even carried an insulated bottle for carrying my cold water.

Scorching heat welcomed us to Lodwar at around 9.15 am. After Almost four hours of running through dry river beds, a desert of dry cactus trees and hopeful wild fruits known as mkoma, we arrived at Kaita Kapel village in Turkana North.

It is 2.30 pm, and in the blistering heat, a group of women wrapped in shawls with colorful beaded neck dresses and accompanied by their toddlers is seated under a dried ekakale tree. They are waiting for water from a manually dug well to recharge.

It is Esther Lobolia’s turn to fetch water. Esther, a mother of eight, has been at the well since 8 am and has only managed to fetch 10 liters of water. The one we found her fetching was her 15th liter before taking a long trek of over 10 kilometers back home.

The walking is not over, my people. She will have to take another 20 kilometers trek to look for food in the nearby shopping center. She will get plain maize for her children to eat if the seller accepts to give her the maize on credit.

Esther’s experience is not unique. That is a typical day in the life of a Turkana woman, especially now that the county is experiencing drought.

According to Save the Children, 3.5 million people in Kenya suffer from extreme hunger. Even more horrific is that as of March, the number of children aged 6-59 months requiring treatment for acute malnutrition in Kenya had increased to 755,000, representing a 15.6 percent increase from 653,000 in August 2021.

According to the World Health Organization, malnutrition is a leading cause of infant and child morbidity, mortality, and hospital admission. As part of the emergency health interventions, Save the Children activated the nutrition response through integrated outreaches to screen and manage malnutrition in children below five years and pregnant and lactating mothers.

I remember we visited an outreach site and found the women nice and early waiting for commodities. Others are too weak to sit up. And children crying for something to eat.

A mother receives her child’s 2 weeks supply of supplements for managing malnutrition in children, and right under our watch, she takes one sachet and divides it among her three visibly hungry children. One of the children was crying. He takes his share and stops crying instantly. Hope has finally arrived!

Although the mothers are sensitized against sharing the supplements so that the malnourished child can fully benefit from the nutrients and recover, lack of food has resulted in the commodity being shared amongst everyone in the household, including the father, just to quiet the hunger pangs.

At the end of my Turkana fieldwork, I  can’t remember using even a quarter of what I had packed for the trip. But I always remember that one person is likely dying from hunger every 48 seconds as drought ravages East Africa. This person could be a child, a pregnant or lactating mother, somewhere in Kaita Kapel, Atapar, Nakapelewoi or even Ngameriek.

To get a clear picture of the situation in Turkana, listen to the podcast below that I produced as it aired on KBC English Service.

As always, thank you for stopping by! 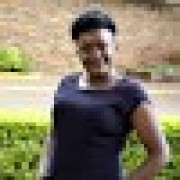 I was 39 weeks pregnant. Following my previous pregnancy history, my doctor advised I undergo ...
By Lourdes Walusala
February 10, 2022

The clot that clogged my recovery

‘I am admitting you’ ‘This can be life-threatening!’ Those two sentences from the doctor and ...
By Lourdes Walusala
February 10, 2022

Loreen Odongo: I woke up in the ICU to find my baby had been delivered

Just like the other two pregnancies, my third pregnancy was a smooth ride until I ...
By Lourdes Walusala
February 10, 2022

Is ‘clinic ya kilo’ necessary?

They say if you befriend a writer, he/she will one day write about you. This ...
By Lourdes Walusala
February 10, 2022